A small ceremony was held before the Municipal Office to mark the event
Sep 25, 2020 1:30 PM By: BayToday Staff 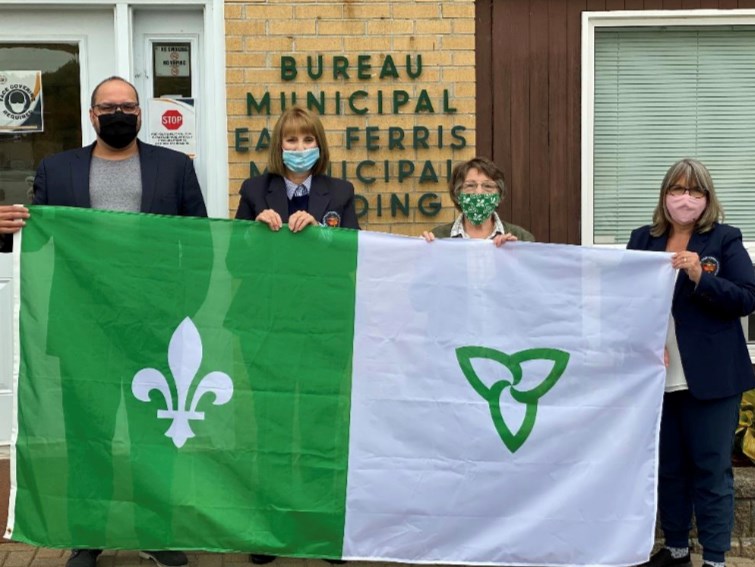 The Municipality of East Ferris joins its citizens in celebrating the Franco-Ontarian Flag.

This week, the Ontario legislature announced that the flag becomes one of Ontario’s official symbols alongside the Ontario flag and the white trillium.

A small ceremony was held before the Municipal Office to mark the event.

Debit card fraudulently used to withdraw $700
Oct 30, 2020 3:30 PM
Comments
We welcome your feedback and encourage you to share your thoughts. We ask that you be respectful of others and their points of view, refrain from personal attacks and stay on topic. To learn about our commenting policies and how we moderate, please read our Community Guidelines.