'It is a real honour, it was really fun as a kid being around all the players and being the team that they are, it was always welcoming and family-like'
Jun 26, 2020 11:00 AM By: BayToday Staff 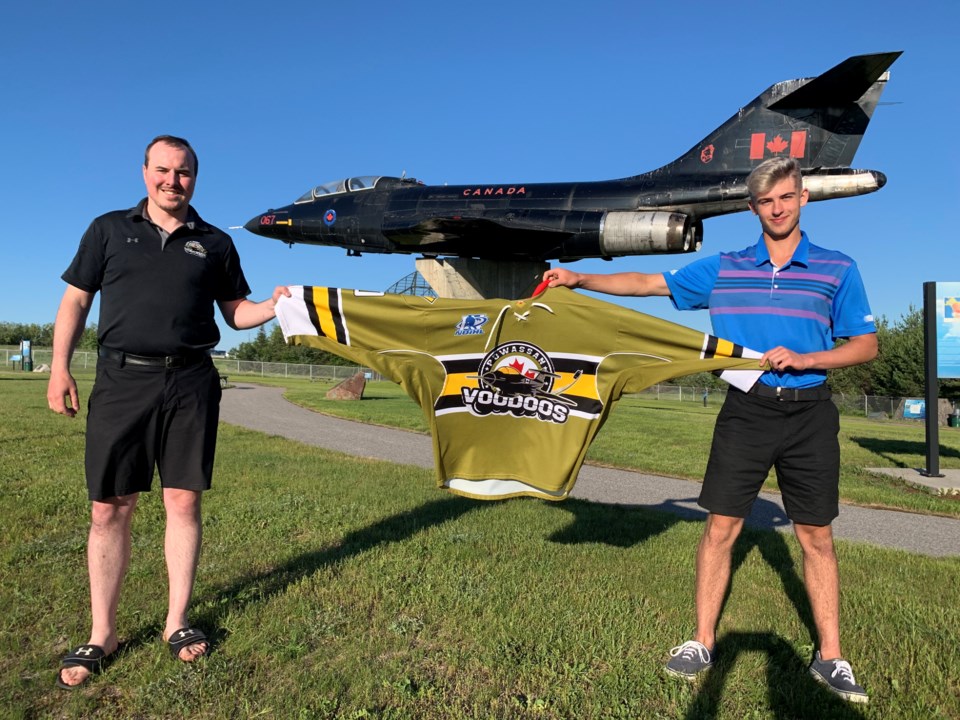 The 17-year-old netminder drafted in the 15th round of the 2019 OHL Priority Selection by the North Bay Battalion, had a solid season in 2019-20 finishing with a 2.74 goals-against average and was named to the Team Great North All-Star team that competed in a high profile tournament in Saguenay, Quebec back in November of 2019.

Owen Wray is familiar with the Voodoos program. His dad Scott Wray, a current assistant coach with the North Bay Battalion, was the first coach in Voodoos history and led the team to an NOJHL title back in 2017.

Now, this younger Wray wants to help the Voodoos win another NOJHL crown on the ice just like his father did behind the bench.

"It is a real honour, it was really fun as a kid being around all the players and being the team that they are, it was always welcoming and family-like," said Owen.

Max Gavin, the Voodoos head coach and assistant general manager, is excited to add another talented young netminder to the Voodoos organization.

"I think it is a huge signing. I think the first thing that stands out is his athleticism and definitely his dedication to the game," said Gavin.

"He was one of the top goalies in the north, if not the top and probably one of the top midget goalies in all of Ontario so we are lucky to have him. Obviously, with his dad, it is a nice cherry on top but he definitely earned this on his own and I think he should be very proud of that."

Chris Dawson, Voodoos general manager and VP of hockey operations, has been impressed watching the development of the all-star midget netminder.

"Owen is an athlete and what we like about him is his competitiveness along with his athleticism. He kind of reminds me of a young Garrett Forrest. We are excited to have him."

The Voodoos are still waiting for more direction from Hockey Canada, the OHF and the NOJHL as to when the 2020-21 season is set to begin.

Man with club arrested for assault
Sep 28, 2020 6:30 PM
Comments
We welcome your feedback and encourage you to share your thoughts. We ask that you be respectful of others and their points of view, refrain from personal attacks and stay on topic. To learn about our commenting policies and how we moderate, please read our Community Guidelines.