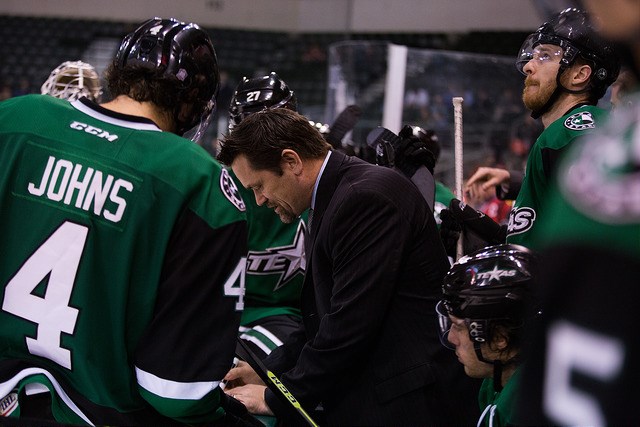 The American Hockey League announced today that North Bay's Karl Taylor of the Milwaukee Admirals is the winner of the Louis A.R. Pieri Memorial Award as the AHL’s outstanding coach for the 2019-20 season.

The award is voted on by fellow coaches and members of the media in each of the league’s 31 cities.

See related: Calder Cup would be a nice reward for North Bay's Taylor

Under Taylor’s guidance, the Admirals finished with the best record in their 19 seasons of play in the American Hockey League in 2019-20, going 41-14-5-3 (90 points, .714) and capturing the Macgregor Kilpatrick Trophy as regular-season champions. Milwaukee allowed a league-low 2.24 goals per game and ranked seventh in scoring (3.35) – the third-highest goals-per-game differential (+1.11) in the AHL in the last decade – and established a team record with a 13-game winning streak from Nov. 2 to Dec. 1.

Milwaukee’s special teams were outstanding in 2019-20 as well, ranking second in the league on the power play (25.2 percent) and sixth in penalty killing (85.5 percent).

Taylor, who coached the Central Division team at the 2020 AHL All-Star Classic, has sent nine of his Admirals players to the National Hockey League to compete with the Nashville Predators this season, and has overseen the development of Predators prospects such as Yakov Trenin, Alexandre Carrier, Eeli Tolvanen, Tommy Novak, Rem Pitlick, Jeremy Davies and Second Team AHL All-Star goaltender Connor Ingram.

A 49-year-old native of North Bay, Ont., Taylor joined the Admirals as head coach on June 29, 2018, following four seasons as an assistant with the Texas Stars, where his teams reached the Calder Cup Playoffs three times and made a trip to the Finals in 2018. The former North Bay Centennial also served as an assistant with the Chicago Wolves in 2011-12, and was a head coach in the ECHL with Reading (2005-08) and Ontario (2008-11).

The Louis A.R. Pieri Memorial Award, which was first presented in 1968, honors the late Mr. Pieri, a long-time contributor to the AHL as the owner and general manager of the Providence Reds and a member of the American Hockey League Hall of Fame.

North Bay Health Unit test numbers the worst in northern Ontario
Jun 6, 2020 8:46 AM
Comments
We welcome your feedback and encourage you to share your thoughts. We ask that you be respectful of others and their points of view, refrain from personal attacks and stay on topic. To learn about our commenting policies and how we moderate, please read our Community Guidelines.