So what's the busiest day for 'support local' takeout & pick-up orders? Greco's has the answer! 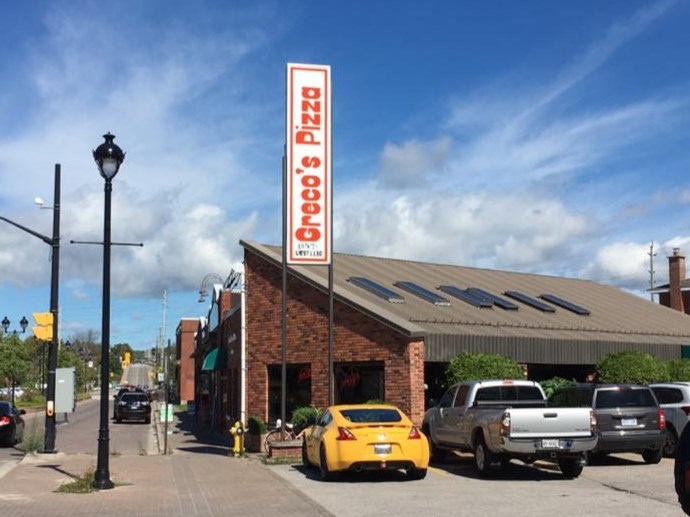 Like other eateries, Greco's Algonquin has had to adapt to the current business climate.

This is one of a series of articles in a feature called "Let's Eat", focused on the local dining scene.

This week, we talk with Gavin Ray, the General Manager of Greco's Algonquin. Or, you may know them by their full name - Greco's Pizza & Pasta Algonquin.

"Like everyone else, we've had to adapt to only pick-up and delivery. We have always had a pick-up window, but now it has a plexi-glass protector installed for our safety and yours," he explains.

While the dine-in portion of their business is obviously gone during the COVID-19 situation, Ray says their delivery and pick-up business has been about at the same level as always.

And from his experience, he says Fridays appear to be the most popular day for people to do their ordering of take-out or delivery.

"Fridays are the craziest day. I don't know if it's because people have been good all week, and want to treat themselves, or maybe they want to still mark the start of the weekend. For whatever reason, Fridays have been the busiest," he adds.

Ray says they've adjusted their hours to be closed Sunday and Monday. And, with some staff choosing not to work on-site, he says it's worked out very well for the staff who do want to come in, adding "we have found we can close a couple of days a week, and still function with the number of active employees we have."

Ray says they've created a unique way to try to support all of their staff, with some frequent pizza specials named after staff members. Each one is the personal favourite of the staffer it is named for, and $5 from each of these unique pizzas goes to support staff. They promote the pizzas through the restaurant's Facebook page.

"Effectively it goes to a sort of staff fund, pretty much like tip sharing," he adds.

An example of one of these unique pizzas would be "The Zack", which is made with garlic butter, pepperoni, bacon, pineapple and bar-b-q sauce.

Ray takes a moment to speak about the employees at the popular eatery.

"I just want to say I'm super-proud of the team. I need to give a shout out to them for what they're doing. It's a stressful time to work, and they deserve a lot of credit."

This local food truck keeps on rolling through COVID-19
Jun 1, 2020 1:00 PM
Comments
We welcome your feedback and encourage you to share your thoughts. We ask that you be respectful of others and their points of view, refrain from personal attacks and stay on topic. To learn about our commenting policies and how we moderate, please read our Community Guidelines.