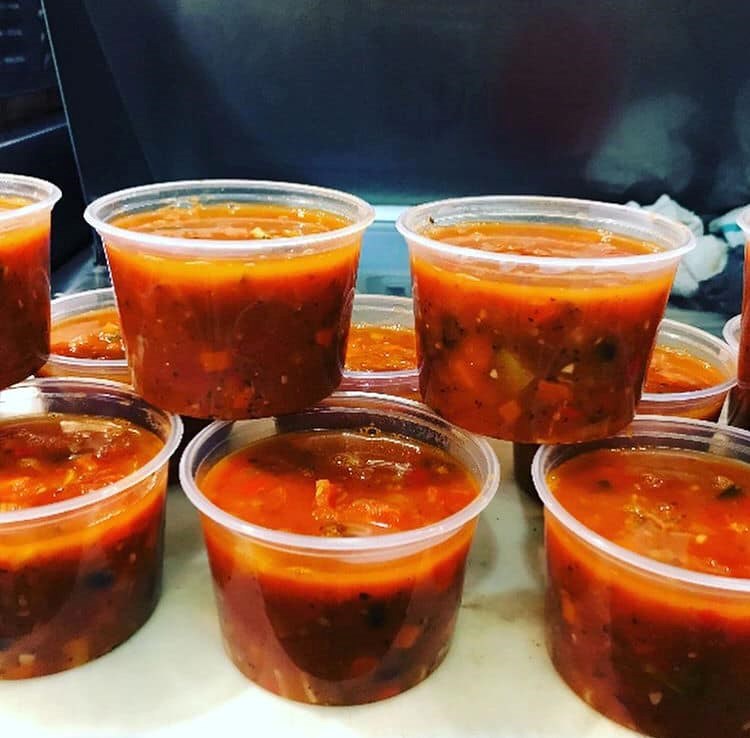 This is one of a series of articles called "Let's Eat", focusing on the local dining scene.

These days, in light of the COVID-19 situation the dining scene is one of change and uncertainty, but one certain thing is the drive of entrepreneurs to find ways to adapt and change.

The Urban Cafe is one of those establishments that has transitioned to take out and pick up.

Jon Lanouette, 47, has owned the eatery at 101-B Worthington East for eight years. He's got a long history in the food industry and it's a passion for him.

"I'd worked for 20 years at Greco's, and when my grandmother passed away, she left me some money and I followed my passion and bought this business. It was a gift from her and the timing was right for me," he says

The cafe was open from 10 a.m. to 3 p.m. and had a loyal lunch following and a popular menu. Lanouette agrees with the way one fan describes the way his eatery operated during normal times. "A place with artisan sandwiches, something special, not run of the mill. Plus soups, gourmet soups that stand out for either being a better than usual classic, or something you cannot usually find anywhere else."

He says it was a horrible day when he had to lay off his hard-working staff, and he looks forward when things get back to normal. In the meantime though, he had to adapt.

"First we tried traditional take-out, where you call and order off our menu and pick it up. But for whatever reason, that fizzled quickly," he explains.

Then he had a different idea and transitioned to pre-prepared and pre-packaged frozen items diners could heat up at home.  "It was adapt or die. I just started making soups - lots and lots of soups. While business is down, at least I`m getting by until I can bring my team back," Lanouette states.

He sells frozen 16oz containers of his popular soups for $6 each, and 16oz containers of chilli for $8 each. He`s also added in some spaghetti and meatballs for $14 a container. He plans to monitor pricing to see what needs to be adjusted and may add some other pre-packaged meals as well to see how they work.

If someone orders $50 of food or more delivery is free.

Lanouette says he misses his customers as much as he does his employees.

"One 85-year-old regular used to come in once a week for our roasted red pepper soup. She ordered take-out and when I delivered, she not only had a tip but a note that actually made me cry, it was so nice," he adds.

Some of the soups he's stirring up are chicken mulligatawny, minestrone, tomato with Italian sausage and vegetable, southwest corn chowder, classic chicken noodle, and red lentil potato which is a vegan soup.

If you call the restaurant you'll be re-directed to his mobile phone, which is where he's taking all orders now, at 705-845-8604. You can also see some updates and menu ideas on the Urban cafe's Facebook page.

This local food truck keeps on rolling through COVID-19
Jun 1, 2020 1:00 PM
Comments
We welcome your feedback and encourage you to share your thoughts. We ask that you be respectful of others and their points of view, refrain from personal attacks and stay on topic. To learn about our commenting policies and how we moderate, please read our Community Guidelines.